The Ballancer®Pro System has been Hollywood’s new best-kept secret for all red carpet events. With its patented and FDA cleared technology, the Hollywood elite have been flocking to get their body maintenance done up to 3x a week.[/vc_column_text][vc_text_separator title=”Vanity Girl Hollywood Tries Out The Ballancer (R) Pro!” i_icon_fontawesome=”fa fa-thumbs-o-up” color=”black” add_icon=”true”][vc_column_text]Full blog post here: http://thevanitydiaries.com/events/8-days-to-red-carpet-ready-part-3/

The wonderful Maxine of Vanity Girl Hollywood was invited to try out the Ballancer®Pro at the world-renowned Beverly Hills Plastic Surgery office. She had one week to fit into her new dress she’d be wearing for the HBO Emmy After Party so she was up for the challenge and received her Ballancer®Pro treatments five days in a row. The results were AMAZING! [/vc_column_text][vc_single_image image=”2594″ img_size=”medium” add_caption=”yes” alignment=”center” onclick=”img_link_large” title=”Maxine in the Ballancer®Pro Jacket”][vc_single_image image=”2595″ img_size=”medium” add_caption=”yes” alignment=”center” onclick=”img_link_large” title=”Maxine lost 7 Inches after only one week of treatments”][vc_text_separator title=”The Hollywood Reporter tested the Ballancer®Pro and ruled:” i_type=”linecons” i_icon_linecons=”vc_li vc_li-like” color=”black” add_icon=”true”][vc_column_text] 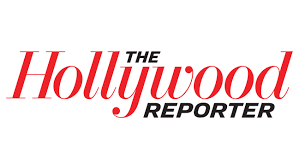 The Ballancer®Pro is going to be

the next big Trend in Hollywood!

Full article here: The ZOE Report on the Ballancer®Pro

“What about the results? While I definitely felt like my jeans were a bit looser than normal after my first two sessions…A friend I hadn’t seen in a few weeks said I looked like I had lost a lot of weight (without knowing I had been doing anything different), and some co-workers remarked that my skin was glowing. After one treatment in the jacket I lost 0.75 of an inch from my arms and lost an inch from right under my bust line (my waist stayed the same). At the end of my trial period, I lost a total of 7.75 inches: 2.5 inches around my waist; 2.25 inches around from my arms and 3 inches from my butt and hips!” – The Hollywood Reporter: BEAUTY

“And, truth be told, the sensation is a little like several people giving you as massage at once, which—unsurprisingly—is great….Any soreness I had from yesterday’s workout is indeed gone, and I feel like I have definitely helped get things moving in my body…Hours later, I do feel oddly energized as they promised.” – The ZOE Report: Living

“GAME CHANGER – It really does the job. After 4 sessions a week over two weeks, my legs were transformed.”
-Harper’s Bazaar: Newby Hands

“…creating waves of gentle compression, the Body Ballancer mimics the effects of a manual lymphatic drainage (MLD) massage, and encourages the body to rid itself of excess fluid.”
-The Daily Mail: Femail

“…acting as a kind of ‘external heart’ and giving a clever, clinically designed flush-out massage for the feet, ankles, legs and abdomen.”
-Hello! Magazine